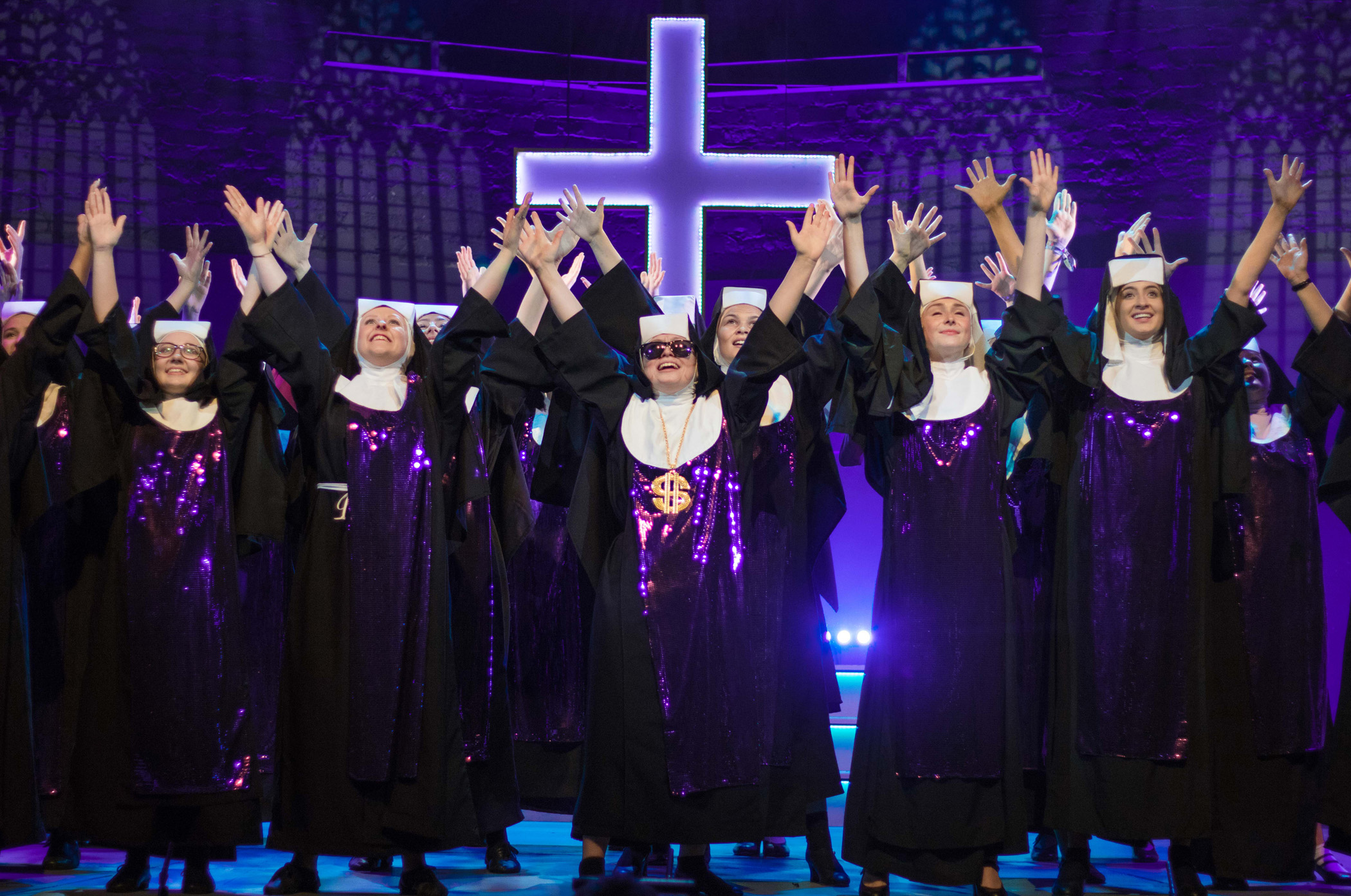 The latest musical, ‘Sister Act’, performed by Splinters Theatre Group certainly raised the roof at the Montgomery Theatre, Sheffield. The lighting design took this spectacular show to a higher level, creating the emotive, joyous atmosphere people know and expect from this Gospel choir based dramatisation.

Tom Dyson, Lighting Designer said: “The use of the backlight on the Kudos 350ZS moving heads, along with the beam projected, helped create some new and different eye-candy effects that both myself and the show directors were really impressed with.”

In addition, LEDJ Pixel Storm 12 Quad MKII Battens were used to create eye catching effects for the musical numbers, as well as uplighting the back wall of the theatre helping set the scene throughout the whole show. The wide ellipsoidal beam angle made wall washing easy, covering the 8 x 10m space with an even wash of colour to suit any atmosphere. Tom used these in 48 channel mode which allowed him to run smooth pixel effects further enhancing the ambience of the show especially when the musical numbers were played out.

As we all know, Sister Act is a big, powerful production so the lighting had to emphasise that and the lighting from our LEDJ and eLumen8 brand did just that. TDL were glad to be working with the Splinters Theatre Group again providing the lighting design, programme, operation and crew for this and are already excited for their next venture together.