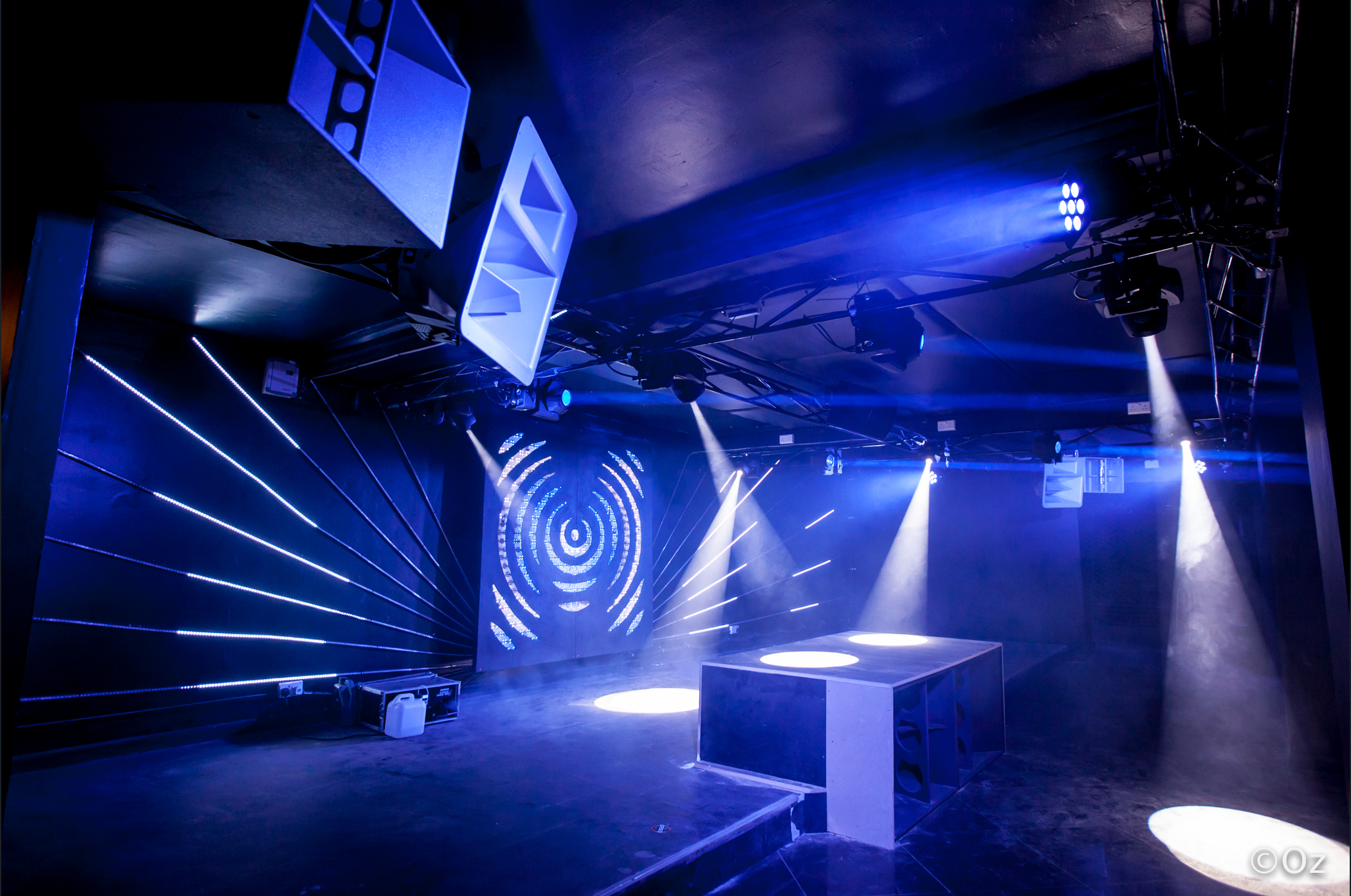 Audio Sans Frontieres (ASF) has been making moves in Kenya over the last three years, originally heading for African shores with partner UK company, Audio Feed. This has led on to a number of Audio Feed projects in the country, including Muze – a 500-capacity nightclub in Nairobi.

ASF was set up by Federico Pirzio-Biroli and Audio Feed’s Oz Jefferies in 2016. The organisation has already enjoyed quite the journey into Africa’s live events industry. According to Federico the idea was born after he attended the Kilifi New Year’s festival in 2015. He said: “I remember thinking that everything was just right at that event… well, almost,” he laughed. “The location was beautiful, it had good DJs and a great crowd – it would have been the perfect festival if it wasn’t for the awful sound. We found out it was a 30-year-old system. Naturally, this was something I thought I could probably help with.”
Federico and Oz have a long-standing relationship with British manufacturer Funktion-One, all of which started at Burning Man Festival. He continued: “We actually purchased a system several years ago for Burning Man festival in the US, which we then kept and maintained in the UK.” It was with this same system that Federico thought the pair could make a valuable difference to Kilifi New Year’s festival – and show people what they’d been missing. 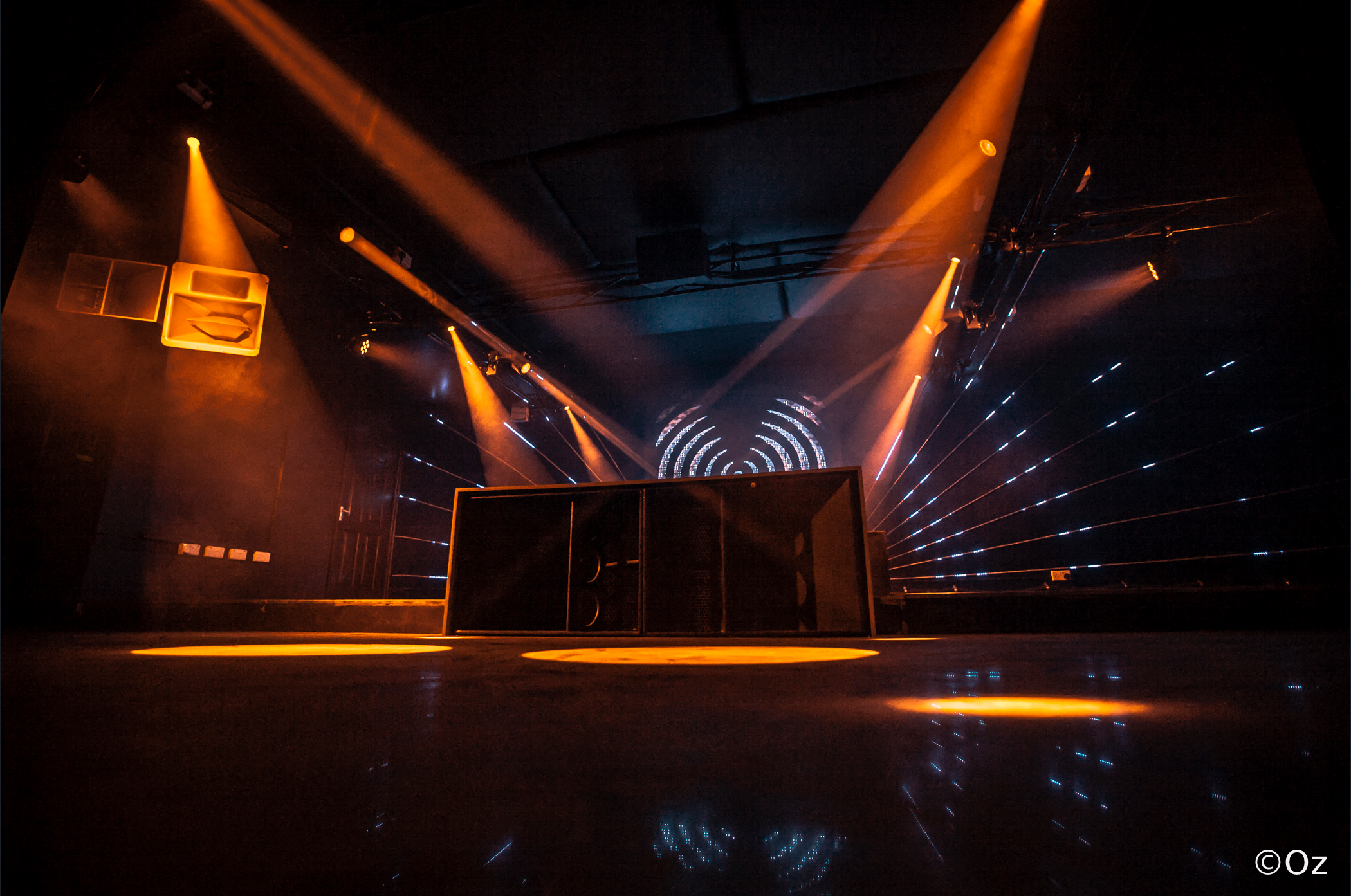 “Personally, I was getting quite tired of the business side of things in the UK,” admitted Oz. “This was by far the greatest reaction I’ve ever seen at a festival. We provided the system and have never been met with so much excitement, appreciation and happiness in anything we’ve ever done before – I’ve got pictures of the musicians playing their live instruments and hearing them back like never before. The overriding response was clarity and clearness, with people hearing new sounds and their instruments in a new way.” After providing the sound system for this event, Federico and Ozdecided to keep it in Kenya and set up ASF to manage the system and its African projects. “We arrived with this sound system, but our intentions of leaving Kenya to return to festival season elsewhere relied upon us finding the right team to look after it,” Federico explained. “Luckily, we’ve landed on our feet with the sound engineers. They were all in their mid-20s and all very humble.”
Oz agreed: “We picked a manager and three engineers and then started a training period to make sure they used the system to the correct standard. This then meant that we could continue to provide the system to other charitable events in Kenya and the neighbouring countries when we weren’t there.” 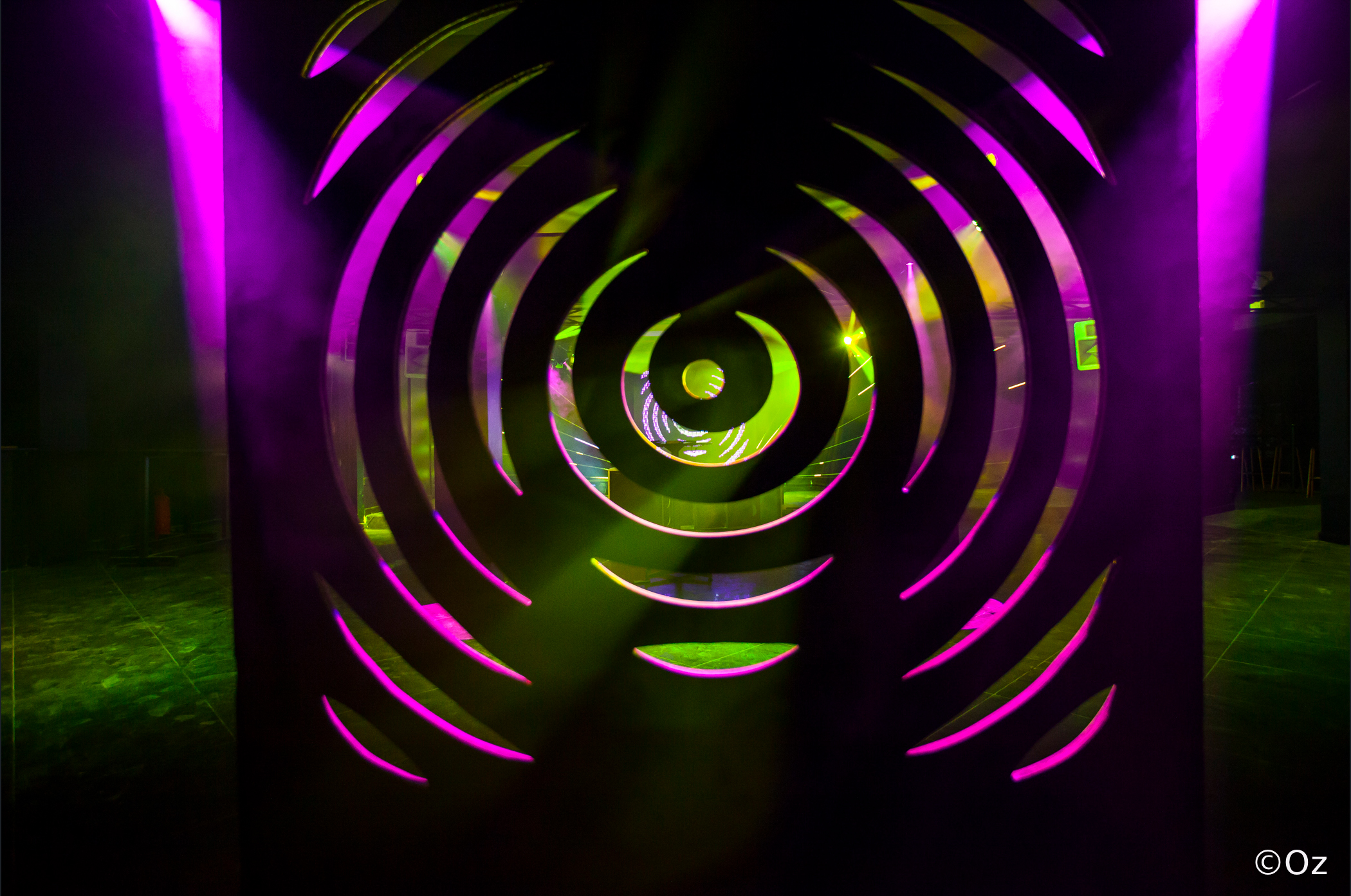 Those engineers are Joe Sirha, Dylan Sejpal and Sheel Dreadstepper, who run and maintain the Funktion-One system for ASF, do the gigs, and work on installs with Audio Feed. ASF has made a big impact on the music scene in Kenya by showing people a new level of audio excellence. Oz commented: “Nairobi is very much an emerging market, with a thriving music scene and endless talent from local African music to house, techno, hip hop and reggae. Raising the standard of audio has created a new demand and appetite for Funktion-One in East Africa.” The ASF inventory currently comprises of 12 F121 bass enclosures, six Resolution 4T mid-high three-way loudspeakers, two compact F101 loudspeakers, ultra-high fidelity MC2 E100 and E25 amplifiers and an XTA Electronics’ DP448 processing platform. As their reputation has grown, new commercial projects started to pop up. Oz explained: “As a charity, we didn’t want to donate systems to money-making enterprises. It was decided that we’d start a commercial wing of the charity that would charge for hire. Any profits could then be used to further fund the charity.” This commercial work is led by Audio Feed. The company’s knowhow is backed by the close support of Funktion-One and MC2/XTA in the UK. 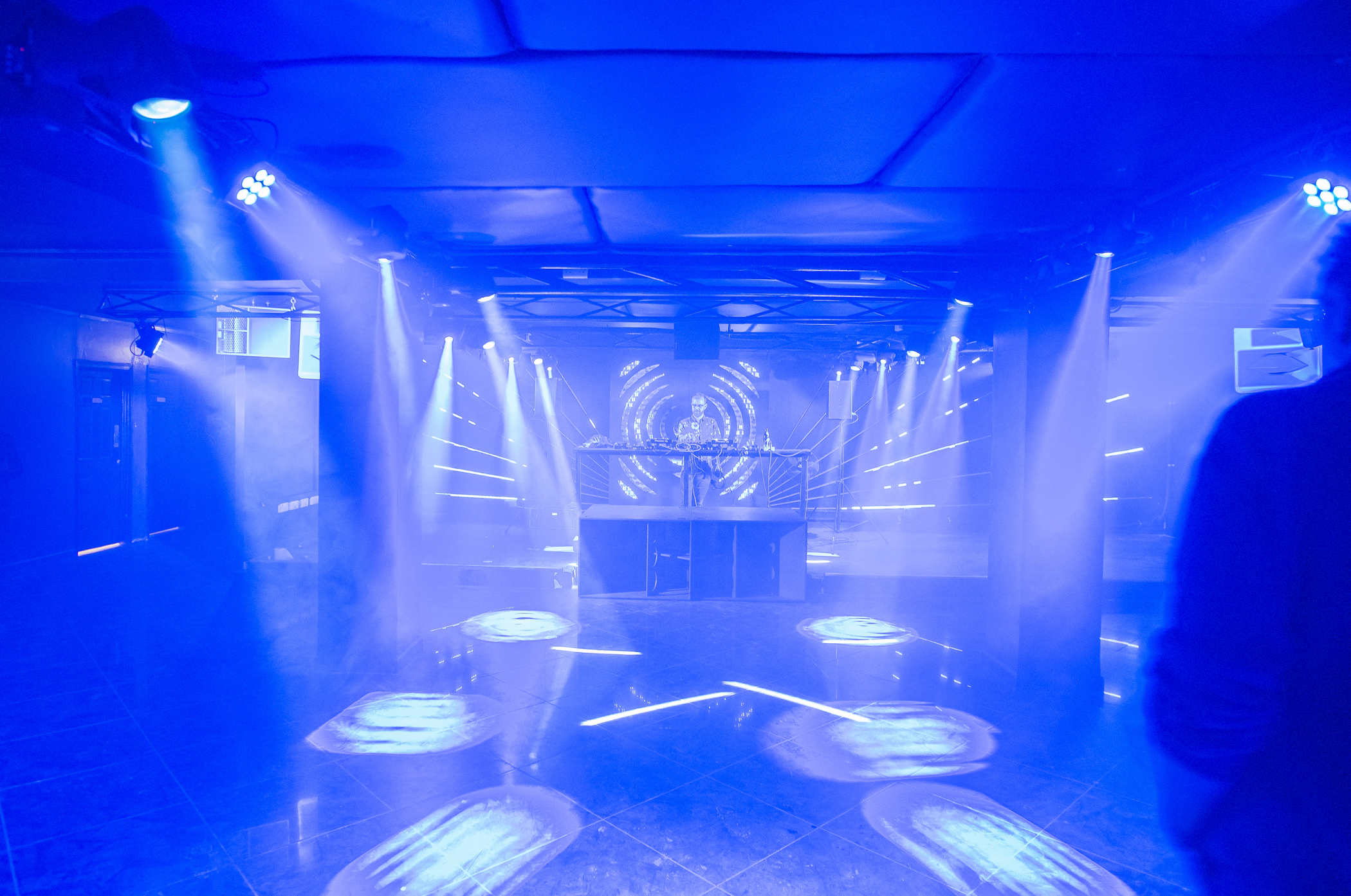 Oz commented on the relationships with manufacturers: “We have long standing relationships with Funktion-One, XTA and the MC2 family, which makes my job as a sound designer and installer take shape easily. I know I can rely on them should we ever need international support.” Discussing the choice of sound system at Muze, Oz said: “The owners of Muze knew there was only one choice for their new venue, and wanted to make their mark in Nairobi with the very latest Funktion-One sound system designed by Audio Feed and Funktion-One founder Tony Andrews.” The main system is set-up in a quadraphonic configuration comprising four Evolution 6SH skeletal mid-high loudspeakers and four F115 Mk2 mid-bass speakers, with a mono centre stack of two F124 24-inch bass enclosures. A single F101 has been deployed as centre-fill and a further four F101s deliver Funktion-One sound to the terrace. Muze is also home to a pair of world-renowned Funktion-One PSM318 DJ monitors. Power comes from an XTA APA-4E8D and three XTA APA-4E6D amplifiers. Matt Swallow, who owns Muze with Willie Gichora and Federico, said: “Funktion-One has become the standard system for electronic music gigs in Nairobi. Two major club installs in the city alone as well as a huge touring rig mean that it has become an industry standard for our market.”

Oz said: “Joe, Dylan and Sheel have been representing Funktion-One in Kenya for several years now, and working incredibly hard to ensure the Funktion-One standard is kept as high as it is in the rest of the world. The three of them were instrumental in this installation and take huge pride is the service they are able to provide with this equipment.” ASF is proud to have trained these three engineers and has invited other local engineers to learn how to use Funktion-One systems to their full potential. 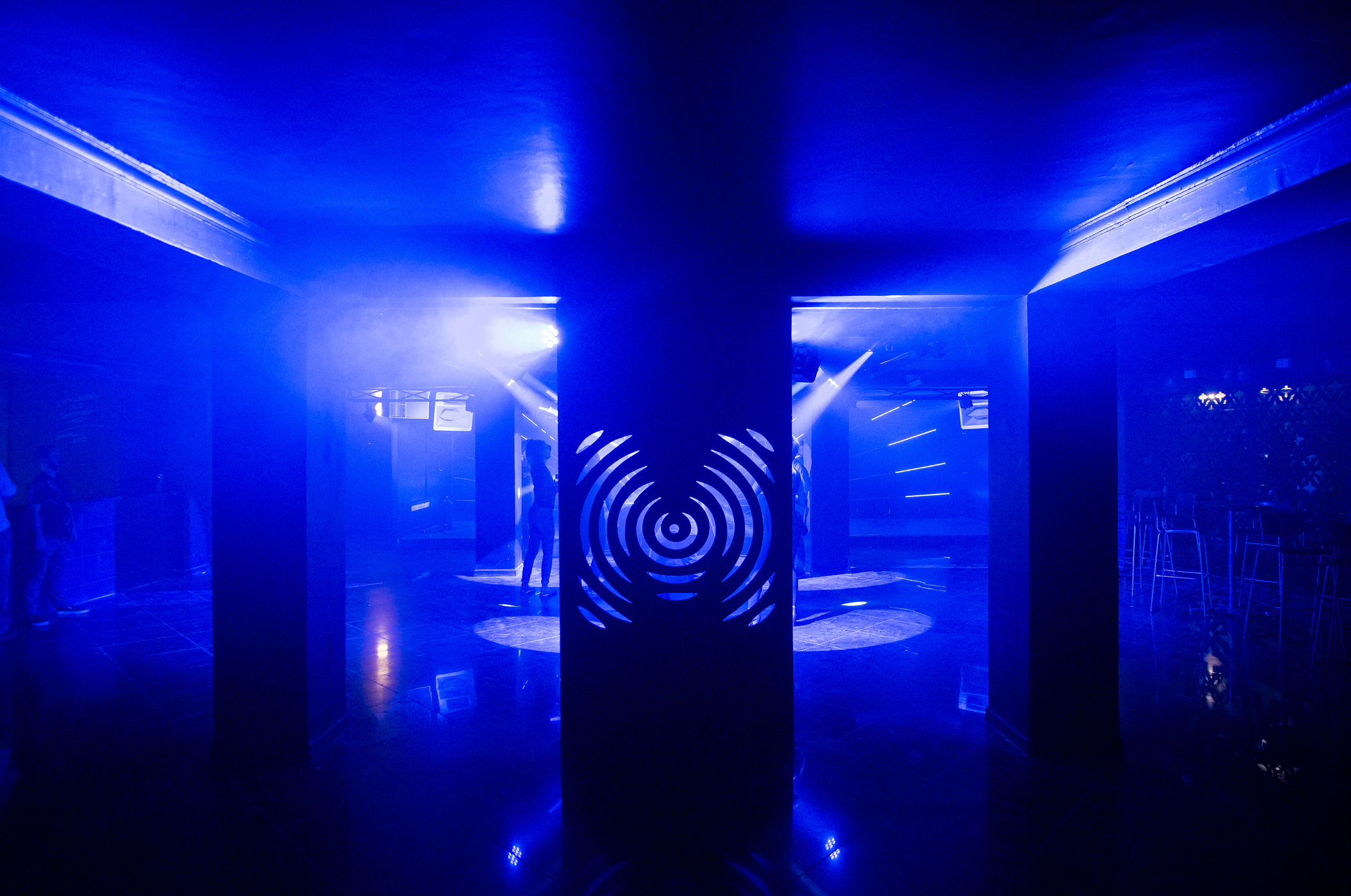 Muze’s lighting design was handled by Resonant AV. The company’s Ed Metcalf explained the concept: “For such a small venue we used a plethora of fixtures in Muze. There are eight Prolight Concepts Equinox Triton Beams and 10 Prolight Concepts Equinox Midas Spots alongside 10 LEDJ Slimline 7HEX6 Parcans, which, having seven individual LEDs, can deliver a wide range of beautiful colours. “Controlling this we had one of the new limited edition Avolites hybrid consoles. Putting the guts of a new Tiger Touch 2 into the untouched body of a Pearl Expert with a new touch wing combined the flexibility of the latest Avolites Titan Software with a million playbacks. It was truly awesome and great for people to learn on.
We really made use of Titans ‘Keyframe Shape’ to create some amazing movements going from money shot to money shot.” Ed’s partner in crime, Tom Shea from Headlush, created the pixel mapped led tape installation on the wall behind the DJ. The content for this is delivered using Resolume which then takes colour instruction from Avolites over artnet. This allows the whole rig to be controlled by one busking operator, which is a key requirement for the venue. Ed added: “The system in the end was almost entirely programmed by two of our new trainees – John Gatome and Eddie Behr. As part of Kilifi New Year, we trained a team of nine people on intelligent lighting systems, electrical competency, LED installations, flame throwers and even a bit of projection mapping. We were astonished with the skill levels that they all attained, and we could not have asked for a more diligent crew.” Reflecting on this project and looking ahead to future projects, Oz concluded: “ASF and Audio Feed is continuing to invest time and speakers into East Africa, it’s an enjoyable thriving place to be with an optimistic and enjoyable future, in a place with experienced musicians all keen to increase the audio standard. “Funktion-One has changed the sound of music in East Africa, the musicians have heard sounds in their own compositions that they’ve never heard before. It’s been a pleasure to be a part of Audio Sans Frontieres and these projects and see their reactions to the new standard.”

Article courtesy of Mondo*dr. Click here to read the magazine.