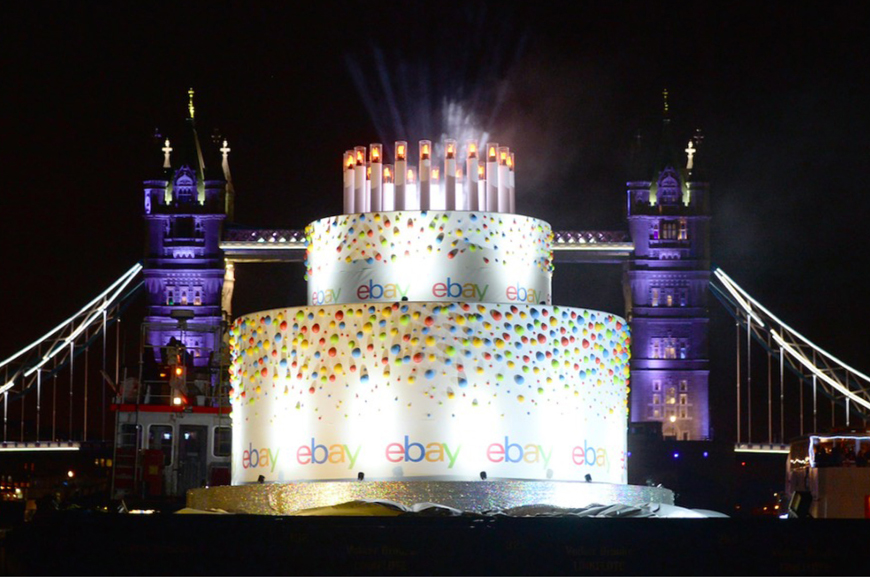 The two-tier cake was six metres high, making it taller than a double-decker bus, and came complete with 20 candles, which lit up at night. This giant cake was illuminated by 20 of our LEDJ Exterior 7W Feature Lights with cool white LEDs. The cake embarked on its maiden voyage at Stratford on Thursday 10th September then floated along the river to Battersea and back over the course of the day. The cake concluded its journey at 8pm when it travelled between Waterloo and Blackfriars Bridge.

Our LEDJ Exterior 7W Feature Lights feature a 45° beam angle, are IP65 rated and come in a variety of colour LED versions.